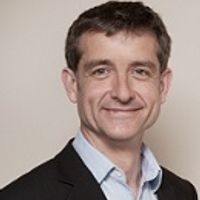 Moley-like we emerge blinking in the sunlight out of our houses, and, as we travel to the river, beach or mountain top of our choice, we might remember that there was a world before Covid-19.

In the deep and distant past there was subject that divided the nation in a way not seen since the civil war.  Mother against son, brother against sister (and that was just my family).  Anyway, in this far away land we had an election where the hero to half the country, the anti-christ to the other, secured a thumping big parliamentary majority where all parties representing a minority of the electorate who wanted Brexit could push through the process with ease and get Brexit done.  No more dilly dally as hero Boris put it.

Only as we all know it was not fully done, just kicked down the garden path for year. Well that year has now eroded to seven months and there is still no sign of a deal.  The EU say they will not budge and the UK Government say the same, both claiming sovereignty and unable to meet in person. Now I think of it, maybe Dom Cummings secretly went to Durham to have Rudolf Hess style secret meeting with one Eurocrat or another in the ruins of Barnard Castle, and that is why Boris is inexplicably burning vast quantities of political capital to save his Rasputin?

Anyway, back to Brexit. The Brexit Policy panel has just released some interesting research showing what a panel of "experts" and the public think are the range of outcomes for a deal vs no-deal vs extension to the transition period.  Interestingly, Sir Keir (can you imagine a Tory leader keeping the Sir??) has seen the folly of his ways and backed the no-transition chorus.

So what does the research say? Click the link for the full infographics or read this summary:

The views of social scientists reflect the continued uncertainty over whether the transition period will be extended.

53% of the 100 experts surveyed think that, despite the government’s promise not to extend the transition period, the terms will be extended beyond 31 December 2020. 32% think an extension is unlikely to happen. The remaining 15% put the issue at 50:50.

There is more consensus on the consequences of no extension. Just 16% expect a deal to be reached with the EU by the end of the year, whereas 71% do not expect a deal to happen in this time.

In the context of Covid-19, there has been some discussion about whether a no-trade deal with the EU would cause the same level of economic disruption as had the UK left the EU without a Withdrawal Agreement. 80% of the panel think that the leaving transition without a trade deal would have a similar or more damaging economic impact as a ‘no-deal’ Brexit.

Formal negotiations on a US-UK trade deal have now begun. Social scientists are split on whether a deal with the US can be completed within the next five years: 42% do not think a deal will be reached, while 38% think a deal can be done by the middle of the decade (with the remaining 20% unsure).

So hold on to your hats, ladies and gentlemen.  The old storyline has some miles in her yet.  Let's hope that after all the bluster there is a sensible compromise made.  After all, crash-out doom was foretold before Covid-19, so how much worse might it be now?   That said, at least those in favour will be able to point at Covid-19 as the villain even if Brexit is to blame for a financial calamity - and that will be OK then, won't it? 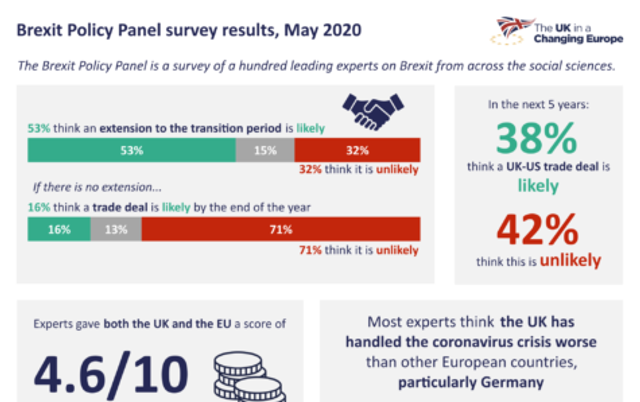