Price hikes on food and petrol due to the pandemic and Brexit is affecting the most vulnerable populations that were hit the hardest during this last year.

Although there are many reasons for the price hikes, the most important factors are global shipping, production, and Brexit. The United Nations Conference on Trade and Development explained that global shipping dropped in 2020, which has been the first decrease since 2009.

“The short-term outlook for maritime trade is grim. Predicting the pandemic’s longer-term impact as well as the timing and scale of the industry’s recovery is fraught with uncertainty,” the organisation commented.

The rise in petrol has been a huge concern for consumers. Petrol demand increased faster than oil production could provide, resulting in an increase in prices even though many people are not commuting to works or taking trips.

Other than production and shipping issues, Brexit has also created a headache for British citizens by affecting prices of produce in their grocery stores. Currently, every pallet of plants imported to the market from Europe will now cost consumers 10% more, with a 3% to 5% increase in the cost of a pallet of fresh fruit or vegetables.

The U.K has ample meat and is sufficient in respect to potatoes and bread, however, the country only produces 10% of its fruit and 50% of vegetables. Seasonality and climate will also cause issues with growth in fruits and vegetables, unlike The Netherlands, which has a big enough network of controlled greenhouse gases.

The rise in prices are going to negatively impact the people already struggling to afford food and petrol.

In the U.K, people living in the hardest form of poverty (more than 50% below the poverty line) already faced challenges with living a healthy and fulfilling life. Many of the people at risk of hard and consistent poverty have been especially affected by the pandemic.

According to the Social Metric Commission, people already in the deepest forms of poverty have experienced some of the worst employment impacts of the Covid-19 crisis. Two-thirds experienced a negative employment change during the crisis, either through losing their job, becoming furloughed or experiencing a change in hours or earnings. This contrasts with one-third of people living more than 20% clear of the poverty line.

Due to the employment crisis for low-income families, they have been forced to depend on emergency support and/or cut back on essentials because of higher costs. A poll showed that 7 in 10 families reduced expenditure on essentials and activities for children such as books and toys. 50% of these families cut back on food, as this is the easiest and quickest way to save money. The poll also showed that 6 in 10 families have also been forced to borrow money in terms of payday loans and credit cards since the start of crisis.

The government has implemented ways to find solutions for these families. Many families will have benefited from the furlough scheme and self-employed income support schemes. What was most effective was the £20 increase in Universal Credit allowance. However gaps remain, especially for migrant workers.

Food poverty will be a major issue in the U.K unless the government finds a way to secure supply chains within the European Union and globally. It is important to focus on the population in the deepest form of poverty, the disabled and migrants who need help the most. The health and well being of citizens should be a priority put first before anything else.

“The short-term outlook for maritime trade is grim. Predicting the pandemic’s longer-term impact as well as the timing and scale of the industry’s recovery is fraught with uncertainty,” the United Nations commented. 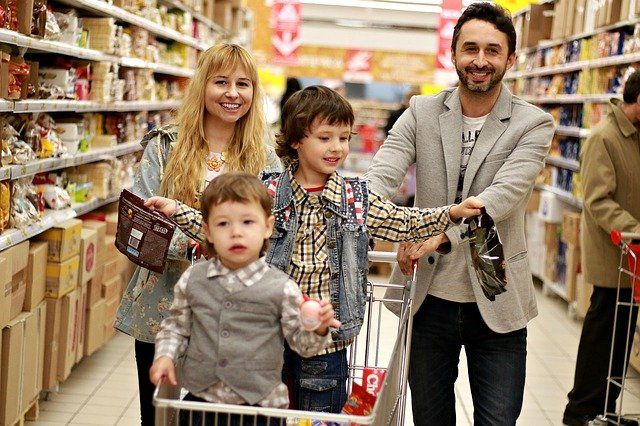