When moving to England, what I found most bewildering were the "schemes" that the government created to help out the business owners of the country. The United States has government incentives of its own, but just the word "schemes" was something I found so witty. I arrived at the end of July, and after quarantining for two weeks, I ventured out into the country during the 'Eat Out to Help Out' scheme.

To say the least, it was probably not a good idea to explore busy Oxford Street during the 'Eat Out' scheme, when London was packed full of hungry people who were eating out to help support local businesses (we couldn't find a reservation to eat for miles out). My partner comes from a family of small restaurant owners, so it was great to see the government and the citizens coming together to help out restaurant owners that were struggling during the pandemic, who rely on their business to support their families.

In similar fashion to the "Eat Out to Help Out", retail campaigners are asking for a government scheme of their own. Some of Britain’s biggest fashion and retail names, such as Charlotte Tilbury and Henry Holland, are campaigning for the government to launch a 'Shop Out to Help Out’ scheme to aid struggling independent shops when non-essential business open April 12th.

The British Retail Consortium estimates that non-essential retail stores lost around £22 billion in sales in 2020 from lockdown measures due to traffic declining by 40%. Small independent business that did not have an online presence were hit the hardest by restrictions.

However, despite the restrictions, many people plan on opening up new independent businesses. Cornerstone Tax data shows that 13% of consumers have already or intend to start their own business in 2021. The research also shows more than half of consumers want to support smaller firms over retail giants.

The Save the Street campaign asked the Chancellor to offer customers discounts of 50%, up to £10, at independent retailers. The scheme will apply to retailers with fewer that 10 employees in physical stores and will be limited once per transaction.

The campaign suggests some ways the the government could fund the costs of the scheme. The first way option is introducing a new online sales tax, which is currently under review. Another option is the £1.8 billion in business rates relief which were returned by supermarkets.

The government currently has no plans to introduce such a scheme, and these were just proposals introduced by the Save the Street campaign.

In my opinion, I think the Save the Street campaign is a great idea. For the UK to really recover from the pandemic, people are going to have to go out and stimulate the economy, whether it's by shopping or eating out. Because of a year of lockdown, people might be a bit hesitant to go out and continue to shop online, which will not help independent stores on the high street recover. This will be a great incentive to shop at smaller retail chains on the high streets.

The 'Eat Out' scheme did a great job of helping independent restaurants, and the Shop Out scheme can help independent retails stores too. While there are no plans to introduce this idea, we can all do our own part in helping out retail stores regardless of the scheme by shopping at a smaller, family-owned stores instead of larger retail chains.

I think we're all going to need a little bit of help after the second stage of lockdown restrictions ended on April 12th, so let's think about the smaller stores and restaurants that make the UK high streets really great.

This is a unique opportunity to redefine our high streets, but without government support we'll be bracing for a retail bloodbath. 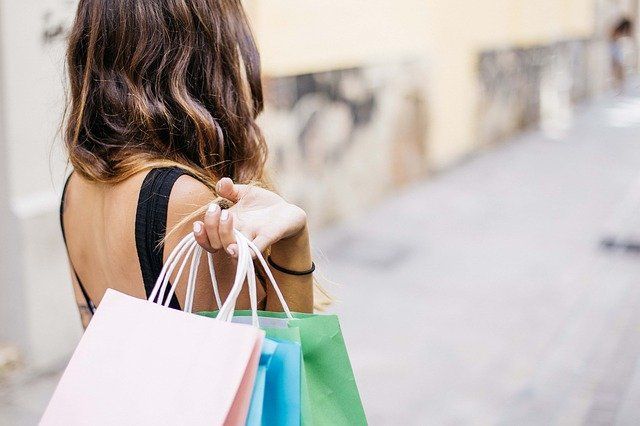