Last month, I wrote an article on how the UK is putting an emphasis on innovation in the manufacturing industry. The British government has already made attempts to create space in this sector by launching two rounds of funding into 34 new projects. However, the U.K has a long way to go before becoming a leader on the world stage. While in the top ten list of manufacturers around the world, the U.K lags behind countries like China and the United States of America.

While browsing through The Manufacturer today, I found companies that are using new innovations and technology in the manufacturing and industrial space to create more jobs within the UK. These companies are a wonderful example of how new technology and ideas can help improve not only the companies themselves, but also benefit the areas around them by allowing the creation of new jobs. These are the business models that manufacturing companies need to follow.

The first example is Drone Major Group launching the world's first ever drone "test and and development area" project in the Liverpool City Region. This project, called Phoenix I, is going to allow Liverpool and the UK to become a global leader in drone technology. This project will provide "commercially viable, scalable and environmentally sustainable drone services across all environments", which will ultimately become an important sector for the UK and world economy. Phoenix I will provide new investment, economic growth, jobs, skills, and education to Liverpool.

The second example is the partnership of electronics and subsea industries to advance UK technology. Subsea UK and TechWorks aligned strategies and connected their supply chains to innovate new underwater technological solutions. Underwater engineering, as represented by SubseaUK, finds energy resources in oil and gas and offshore wind production which extends into marine renewables and aquaculture. TechWorks has five key areas:  Automotive Electronics, the Internet of Things, Electronics Manufacturing Industry, and Power Electronics and Electronic System. By collaborating, a new area in manufacturing and tech will create new opportunities for learning and creating jobs.

The last example follows us to Devon, where Source Engineering has purchased a machine that can do the work of four conventional HME power presses. The BSTA 200M 20 tonne stamping press achieves 300 strokes per minute which increases production by 200%. With the adoption of the new press, the company engineers have an additional 500 sq ft of production space for new projects, which will further boost innovation and jobs.

Innovation and embracing technology is the next step in the manufacturing and industrial sector. We have covered this topic in great detail. To learn more about how technology has affected this sector, check out Chris' articles on 5G and covid impacting innovation. Oli also wrote on additive manufacturing in the U.K.

At Polestar, we have worked with various manufacturers as they move into the next digital stage; both through fund raising for investment and making introductions. We would love to hear your plans and introduce you to some experts in the area.

It quickly became apparent that we could work collaboratively to help the supply chain grow, enhancing UK capabilities in both industries and, through a joined-up supply chain strategy have more impact and more meaningful engagement with government. 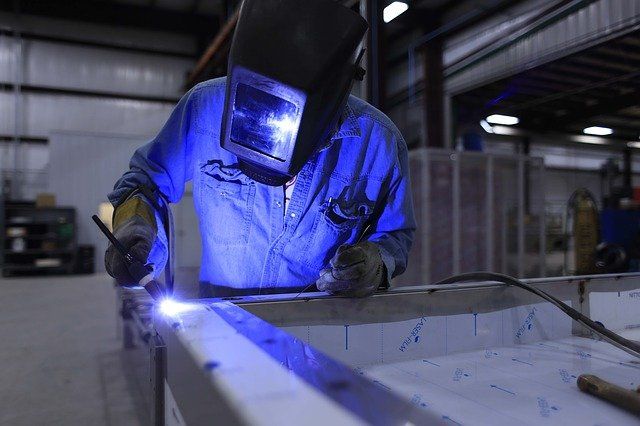