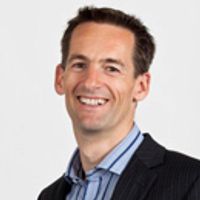 Digital industrialisation is happening more and more in the manufacturing and industrial sector. To stay relevant, competitive, and efficient, more companies should be looking to innovate how they manufacture. Annual installations of industrial robots more than tripled from 2010 to 2019, reaching 381 million units in factories around the world.

To see how you can take advantage of technology in your manufacturing business, here are the top 5 trends to look out for.

AI software has now allowed robots to master skills and become more efficient in basic tasks better than humans. One example is bin picking, which could only be done by humans in the past. However, new generations of robots are easier to install, program, and more connectable. Advances in communication protocols integrate robots seamlessly into automation and Industry 4.0 strategies.

Another example is Google, which is programming robots to learn from each other. Robots will share their experiences and collectively improve their capabilities in two ways: cloud technology and machine learning. Cloud robotics is a concept that envisions robots sharing data and skills with each other through an online repository. Machine learning is the application of deep neural networks to let robots learn for themselves.

Assembly lines have been used in automobile production for over 100 years. We may now see robots taking over these production lines more and more frequently. One example is a networked interaction of robots and autonomous guided vehicles – better known as autonomous mobile robots (AMRs). These new robots make the assembly lines more flexible. Car bodies are conveyed on driverless transport systems. Unlike humans, these robots can work 24/7, and when models are changed, the only requirement is to reprogram the robots.

There's now a chance for smaller companies to adopt robots in their factories or shops; costs for robots have gone down significantly as robot productions has increased. Over the past 30 years, the average robot price has fallen by half, and even further compared to labour costs. Embracing robots in manufacturing companies - big or small - will make them more competitive and efficient.

However, the concern of robots replacing human jobs in the manufacturing sector remains present. A report from the McKinsey Global Institute suggests that rather than completely disappearing, many jobs across industries will simply involve new forms of cooperation between human and machine. Using robots to perform simple, routine, and tedious tasks can allow employees to focus on social interactions, management and applying their expertise within the workplace. 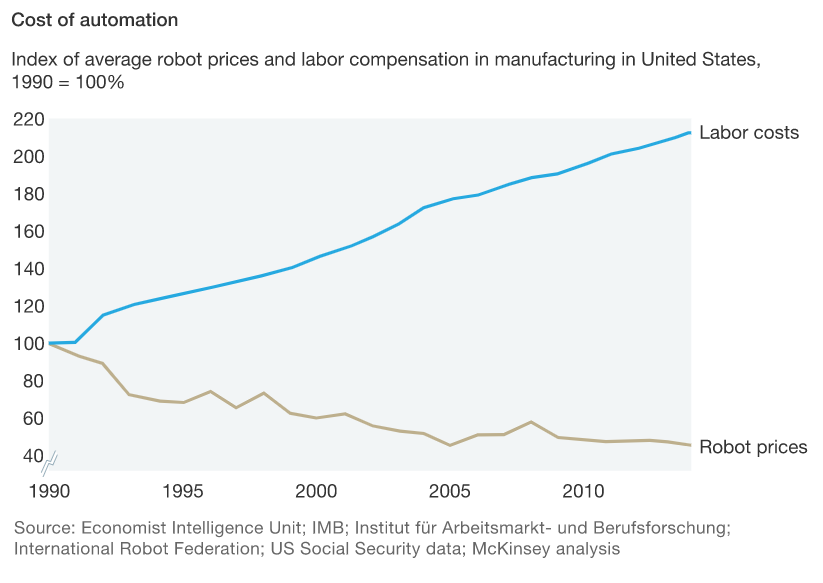 The age of digital transformation will lead to new business models because producers can diversify more easily than ever. It has only been recently that certain sectors - such as food and beverage, textiles, wood products and plastics - have adopted new robotics technologies. However, we may also see new innovation in robotics in areas that are unsuspected. For example, the partnership of electronics and subsea industries to advance UK technology. Robots breaking into new markets will create new opportunities for learning and creating jobs. To check out how robotic innovation is being used in the UK with subsea companies, check out my previous blog post here.

If productivity isn't what convinces you to adopt robot technology, modern robots are energy-efficient. According to PwC and Microsoft, AI is projected to reduce global greenhouse gas emissions by 4% in 2030, which is equivalent to 2.4 gigatons of carbon dioxide emissions.

There are two ways that robots can reduce our carbon footprint: precision and environmental projects. When robots are used in factories, the overall productivity increases dramatically due to the high level of precision, quality, and less wasted material.  This has a positive impact on the ratio of input over output. Many of the industrial robots that are replacing aging equipment are more compact and are more efficient in terms of the amount of energy that is required to operate them. This allows for fewer pollutants expelled into the air and a healthier bottom line for the manufacturer. In addition, robots help in the cost-efficient production of renewable energy equipment, such as photovoltaics or hydrogen fuel cells.

These are just a few trends in focus for 2021. With AI and the manufacturing sector joining forces, there is sure to be new innovation. Switching your business plans digital should be a focus of your business too. It is important to know when to invest in your business with better technology, or find others who will. Over the years, Polestar has worked with manufacturers as they move into the next digital stage; both through fund raising for investment and making introductions. We would love to hear your plans and see if we can help achieve your goals for 2021! 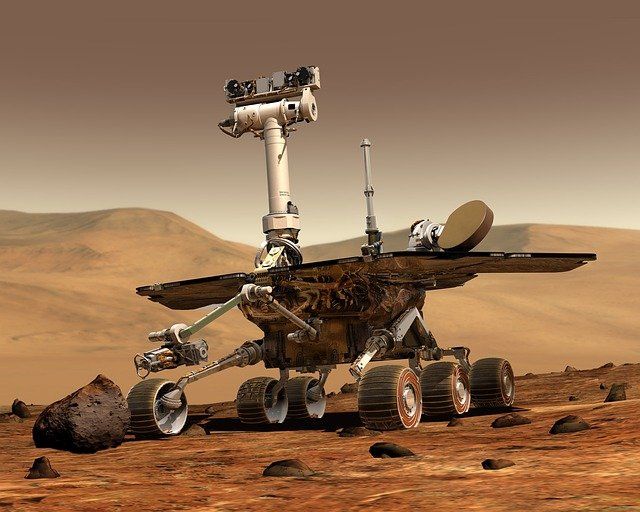 Is 19 a lucky number?
Richard Hall